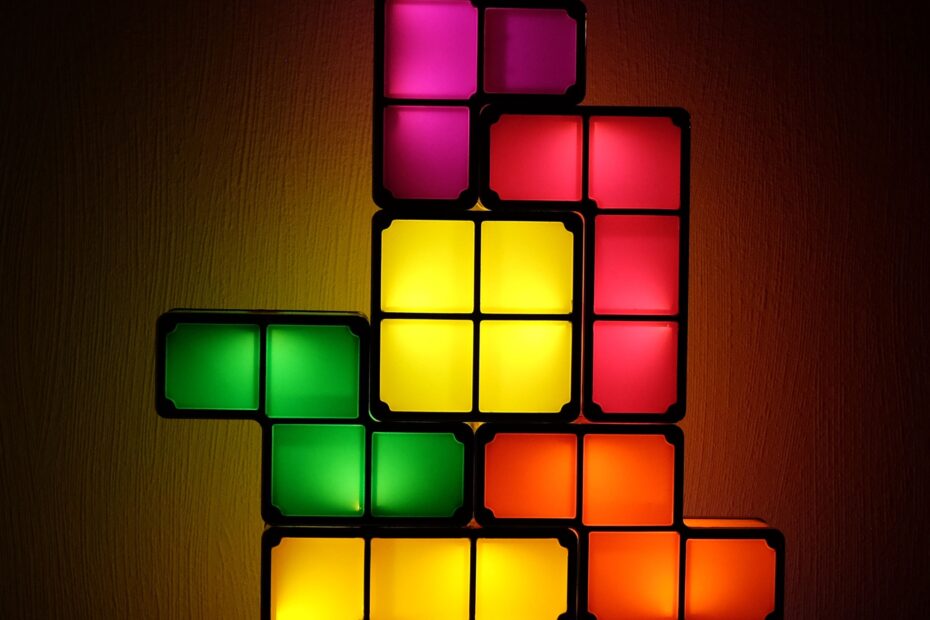 Tetris is one of the most popular video games ever. Here are six interesting facts about the game that you may not know.

The history of Tetris

Tetris is a tile-matching puzzle video game originally designed and programmed by Soviet game designer Alexey Pajitnov in 1984. The first commercially available game version was launched in 1984 by Spectrum HoloByte for the Commodore 64, Commodore 16, and ZX Spectrum computers. Tetris was the first entertainment software to be exported from the USSR to the US, where it was published by Spectrum HoloByte.

The game is a popular use of retrofitting, with many unofficial versions of it created for nearly every computer and video game system, even as simple as graphing calculators. It has inspired endless tetromino-based games, including Dr. Mario, Polyominoes, Lumines, Puzzle Quest and Puyo Puyo Tetris.

Despite its Russian origin, Tetris became a global phenomenon; by 2007, it had been sold in 170 countries andclone games were available on more than 60 platforms. By 2010 over 425 million copies had been sold for cellular phones alone. Although Alexey Pajitnov has received accolades for his invention, he has not profited from its worldwide success.

How Tetris is played

Gameplay in Tetris is based on geometric shapes called “tetriminos”. During gameplay, tetriminos fall from the top of the playfield to the bottom. The goal of the game is to manipulate these tetriminos so that they fill up complete rows at the bottom of the playfield. When a row is completed, it disappears and any tetriminos above it move down one row. As the game progresses, each level causes the tetriminos to fall faster. If tetriminos fill up the playing field to the top then the player loses – this is commonly referred to as a “top out”.

There are also variants of Tetris where the goal is to get the highest score in a certain amount of time, or with a certain number of pieces.

The benefits of playing Tetris

We all know that Tetris is a fun game to play, but did you know that it can also have some pretty amazing benefits?

A study published in September 2009 in the journal BMC Research Notes found that playing Tetris thickens the brain’s cortex and can boost cognitive performance.

A study published in the journal “PLoS ONE” found that playing Tetris after viewing traumatic material reduces unwanted, involuntary memory flashbacks to that traumatic film, leaving deliberate memory recall of the event intact.

There are a lot more studies out there that show how Tetris can improve our brains.

The science behind Tetris

Since Tetris first filed for a copyright in 1985, the game has achieved iconic status, appearing on everything from Game Boys to cell phones to billboard ads. Despite its simple premise — rotate and drop tetrominoes into place to clear rows — Tetris is fiendishly difficult, as anyone who’s ever tried to achieve a “perfect clear” can attest.

The challenge of Tetris comes from the fact that the tetrominoes fall at set intervals, meaning that players have to think several steps ahead in order to clear rows before their stack gets too high. In addition, each level has a progressively faster rate of speed, adding to the sense of urgency.

While falling block puzzles date back to at least 1883, Tetris is unique in its combination of simplicity and complexity. The game’s creator, Alexey Pajitnov, was inspired by a similar puzzle he saw on an electronic bulletin board system in 1984. Pajitnov, who was working as a computer programmer for the Soviet Academy of Sciences at the time, designed his own version of the game using pieces from popular Russian folkloric table games such as pentominoes and hexominoes.

Here are 5 fun facts about Tetris that you might not have known:

1. The game’s creator, Alexey Pajitnov, named it after the Greek numerical prefix “tetra-” (all the game’s pieces contain four segments) and tennis, his favorite sport.

2. The color scheme of Tetris has changed over time – originally all the pieces were simply white on black (or black on white depending on your system settings). However, some newer versions use different color schemes, such as blue on yellow or even red on green!

3. Tetris Has Been Featured In Movies And TV Shows. Tetris has appeared in movies such as Back To The Future Part II, Total Recall, and X Men Origins: Wolverine. It has also been featured in television shows such as Family Guy and South Park.

4. The game has been subject to numerous studies investigating its potential educational and health benefits. In 2010 researchers at Oxford University used Tetris as part of a study investigating whether certain types of brain training could help people recovering from a stroke.

5. Over 140 million copies of Tetris have been sold since 1984, making it one of the best-selling video games ever created!

The Tetris effect is when a person starts to see patterns in other things that resemble the gameplay of Tetris. The effect is named after the video game Tetris, which was first released in 1984.

The Tetris effect can occur after playing Tetris for a long period of time, or after watching someone else play. It has been reported by people who play other video games as well, but the effect is most commonly associated with Tetris.

The Tetris effect is not considered to be harmful, and it usually goes away on its own after a short period of time. However, it can be disruptive to everyday life if it persists for too long. If you find yourself experiencing the Tetris effect, try taking a break from playing or watching others play the game.

If you love Tetris, you’ll love our puzzle games.